Discerning clients in search of top-notch hair services don’t have to hop on a plane to New York, London, or Beverly Hills to experience the unsurpassed style at Kevin Charles Salon. Now the company has a premier location in Dallas’ Uptown Plaza. The salon is situated on the McKinney trolley line and is just steps away from Hotel Crescent Court, Hotel ZaZa, W Dallas–Victory, and the new Ritz Carlton Hotel.

Expect five-star treatment at the Dallas location, which is expertly modeled after the chic environment at the Santa Barbara, California, location in the Four Seasons Hotel. Celebrity stylist, Kevin Charles, began his hairdressing career coifing royalty and celebrities alongside Vidal Sassoon in London’s upscale Mayfair District.

Elle magazine has named the Kevin Charles Salon one of the “Top Ten in the Nation,” and he has also received numerous accolades in People Magazine and Vogue. Charles’ large group of celebrity clientele relies on him to help them shine during their red-carpet appearances at the Emmy and Academy Awards. The Kevin Charles Salon provides signature cuts, colors, special occasion up-dos, and Kerastase ritual hair treatments. The salon is proud to be the only L’Oréal Hair Color Center in Texas.

The Kevin Charles team comprises educated, innovative, professional stylists who work together to ensure personal growth as well as a lasting relationship with their clients. The Kevin Charles Salon, “It’s all about the hair…” 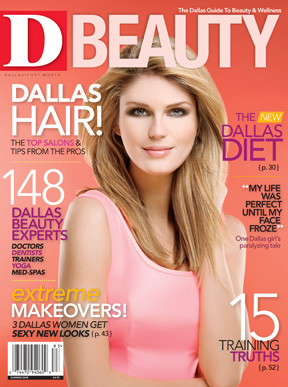